My thanks go to The Chic Life for this recipe for coconut macaroons, which I used as a basis to get the proportions right.  I was searching for a macaroon recipe for which the ingredients were a close match to the “Cocoroons” brand of macaroons, which are a little hard to come by but are simply amazing.  Most of the recipes I found involved egg whites, which Cocoroons don’t have on account of being raw, vegan, and gluten-free all at the same time.  The Chic Life’s recipe was an almost perfect match though, and I only tweaked the recipe slightly by changing the sweeteners. 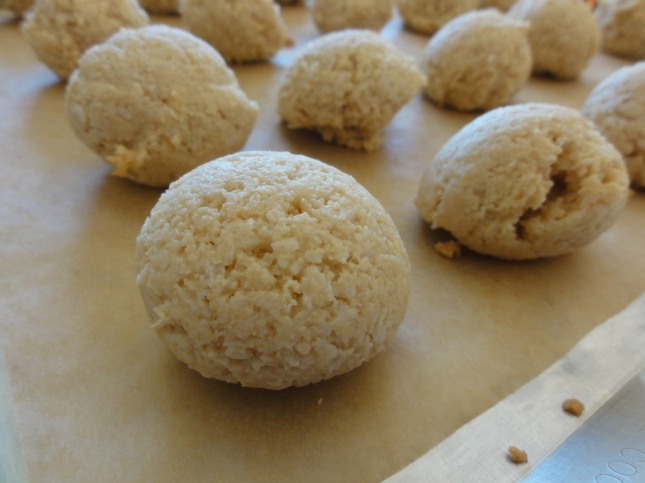 The stand-mixer is overkill here, you could easily just use a whisk, but that’s never stopped me before. 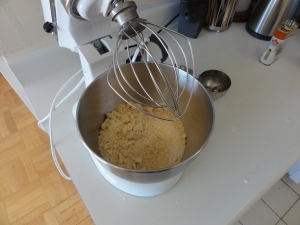 I’ve still not definitively decided if this salt, carved out of the Himalayan mountains, offers a distinctly different taste over normal salt, but it’s fun to use all the same. 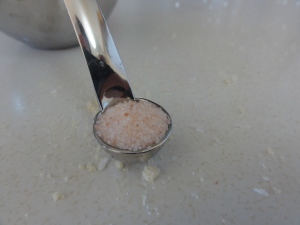 Measuring out coconut oil when it’s solid can be tricky, but the wonderful thing about coconut oil is that if you measure out too much you can just pour the excess back into the jar and it will solidify again until you next need it. 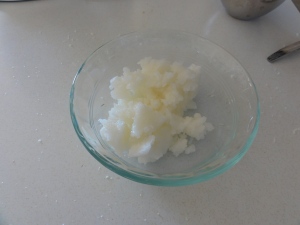 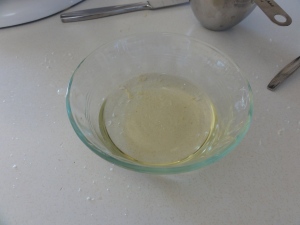 That perfectly functional spatula on the side there would’ve worked fine here. 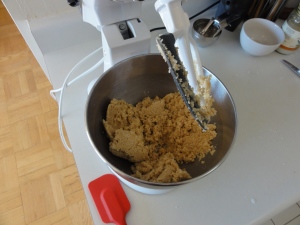 If the “dough” gets a little hard to work with, just wash out whatever you’re using as a scoop.  I found that doing so every 4-5 macaroons kept things going at a decent pace, otherwise I’d spend forever trying to form a macaroon into shape while it kept getting stuck to the tablespoon. 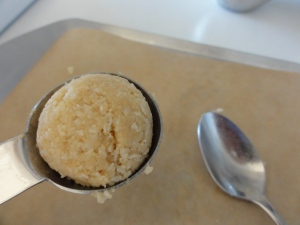 No need to worry about keeping them apart from each other on the tray; they should more or less keep their shape. Bonus: you can fit a single batch on one tray. 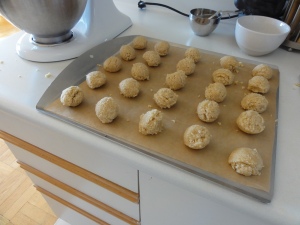 They’ll be just slightly crisp and brown on the edges when done. 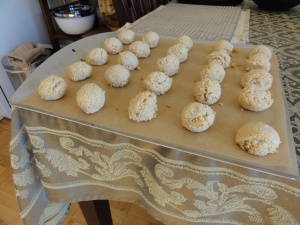 Now you can eat them!  A tropical-flavored iced tea seemed to go well with all the coconut involved here… 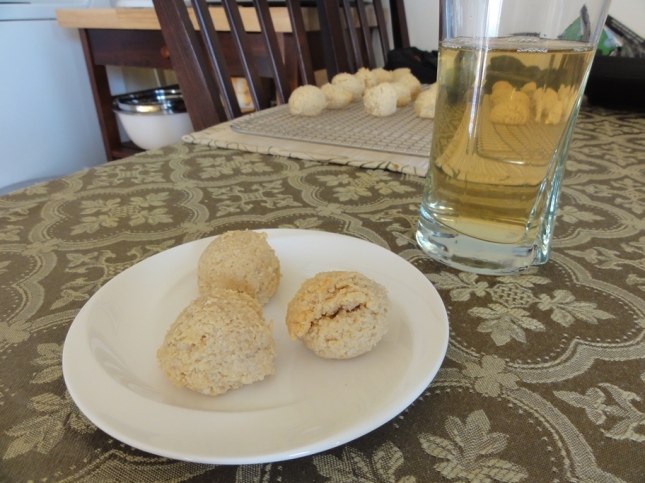 One response to “Maple Coconut Macaroons”